← Mega Mega Update: Two Twitch Channels, Podcasts Schedules, And More!
Have a Horror Game Itch? Here Are 6 Upcoming Horror Titles To Look Out For In 2019! → 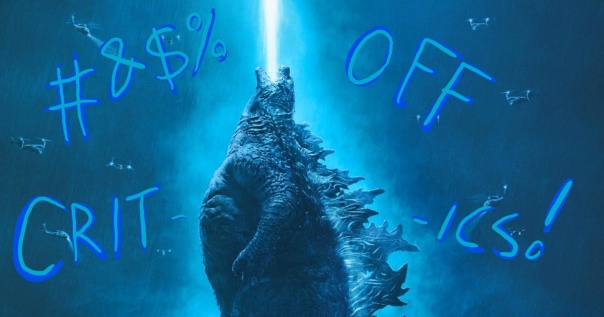 Now granted I could be very surprised and this film can receive massive praise, but that rarely happens with a movie of this type of caliber. So I figured I would lend my opinion out there, no matter how stupid it may seem, and hopefully somebody will agree with me…

Now keep in mind that I don’t have a vendetta against any critics out there. While I may disagree with them often I also respect that they are people just doing their jobs and making a living. So don’t expect a huge angry rant on them, this is more of a suggestion at best and a simple idea at worst…

So I’m going to split the types of films that critics should not review into two categories, the “Experience Films” and the “Service Films”. 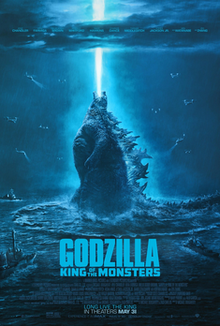 Experience Films are movies that are solely made with one particular aspect or angle as the direct point of attention or purpose. For example, a giant monster movie is solely about seeing the massive monster(s) wrecking and destroying a city or other monsters. Another example could be a movie that is nonstop martial arts action, or perhaps a simpler movie like a film all about tension or turmoil. No matter the singular point of genre-contention, these movies should mainly make certain that this precise area is not what’s wrong with a film. So to put it in shorter terms, it’s a movie that can sacrifice other aspects as long as the important aspect is not harmed. Movies in this category include the Godzilla Films, action films like the John Wick films, certain horror films and even comedy films.

So why does it matter if a critic reviews these types of films? Why don’t we analyze an example.

A Godzilla film releases. You can call it “Godzilla Vs Grid-Zord” if ya want, doesn’t really matter. Now like with virtually every Godzilla film ever made, Toho or otherwise, the main and important thing to get down is the action-packed spectacle of Godzilla destroying cities and fighting the other monster(s). As any Godzilla fan knows, things such as human characters, story and writing has never really been the strong factor of a Godzilla film and it honestly doesn’t really matter. Sure some entries try better than others, but these elements have always come in second to that of visual effects and action. The stories and characters in these films are merely a means to an end, an “excuse” to allow the mayhem and destruction to happen.

I think it’s safe to assume that due to this obvious factor, one that has been around for years, movies such as a Godzilla film would or should be handled differently from the more artsy and time-piece films. Unfortunately critics overall, whether due to personal ambitions or requirements by their job title, cannot or will not see it that way. The major portion of them will only care for deep story and character development, which these types of films have never been the best at, so as a result they get a label or number that is unsatisfying to both the public and the fans.

So unless they change around the system of reviewing, which is doubtful, critics should not be allowed to give a score or review on a film like this. Even if they open their minds and acknowledge, strongly acknowledge, that they may not be the best equipped at reviewing such films and leave the review as just opinions without a score, that would at least be the step in the right direction. 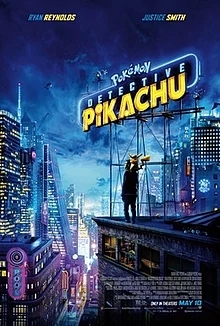 Service films serve as a way to amplify or enlighten a certain joy into people. These films are the most complicated ones to acknowledge because they are far more puzzling to discuss than that of Experience films. These are films that are typically based on either a product, show, book or other. Usually they are franchises that span a multitude of films which means a majority of these films are entitled sequels, prequels or reboots. These include films such as Star Wars, Marvel films, DC films, the Lego Movies, Lord of the Rings, the Harry Potter films and even noteworthy anime or video game inspired titles.

Two recent movies come to mind as of the 2019 year, Alita: Battle Angel and the recent Pokemon: Detective Pikachu movie.

Detective Pikachu is the most recent movie of discussion, where it did generally ok with critics but was much beloved by the fans old and new of Pokemon. And Alita: Battle Angel was practically torn apart by critics despite the general audience praising it as the first best anime adaptation ever. On that note the Detective Pikachu film is also being praised as the best video game adaptation of all time, even the other best anime adaptation of all time! Sure the bars were set low for these adaptation “curses” to be lifted, but the films also went the extra mile to preserve both the history and faithfulness to these characters and worlds. Again this is not to say these movies are perfection in every angle, but they certainly succeed where they absolutely needed to.

Sometimes the opposite problems occur in this category, where critics will praise a movie that ends up being mixed or hated by the audience. There is a reason why many fans of Star Wars are despising Episode 8: The Last Jedi even though the critics gave almost universal acclaim.

Even though The Last Jedi had many incredible scenes and moments of acting, there were also moments of poor choices and confusing character decisions. Most of these problems can only be picked up by fans of the franchise, fans that have kept up with the lore, characters and history of the Star Wars movies throughout the main trilogy, Prequels, books, comics and shows. The biggest point of aggresion is towards the handling of the popular character of Luke Skywalker, who makes decisions and determining isolation that seems very unlike the character we’ve come to have known for many years. But alas, the critics speak louder than fans which makes the fandom seems like stubborn brats in the long run.

So you could say that critics shouldn’t review these types of films for two reasons. Reason one being that they either don’t understand a films lore or universe or perhaps they haven’t been dedicated to the franchise enough to see certain brilliance within the movie. And they shouldn’t review these films because they may just give too much praise to something that clearly has hidden but startling flaws. While the aspect of the first reason may lead to the general audience and fans feeling like they are smarter and wiser than the critic, the second reason may feel like trickery or blasphemy to the people which leads to more upsetting situations and debates. 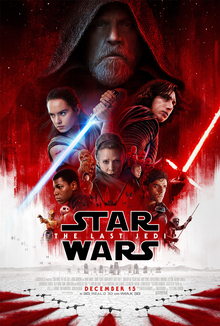 Again, these are just insane ramblings of a twenty-something man. And I should also mention that there are certainly people who still agree and respect critics for what they say or don’t say, and I acknowledge that they are perfectly fine with their ways of deciding their movie nights even if they understand that it’s just some random person’s opinion. All I’m honestly saying is that, despite my respect for critics or those alike, I just can’t bring myself to care about their opinions anymore. This is especially true if their opinions and reviews will continue to be predictable and obvious by either design or consistency.

I have since decided to leave my movie experiences to my own interests. If a movie looks like it’ll be awesome and entertaining I will go see it, and if any movie I see ends up bad or worse then I’ll still get joy in talking about the badness of the film. This is just the kind of person I am.

To be honest though my way is entirely perfect. When there are instances, foretold either by passing discussions or friends, that a film is being hated by both critics AND general audiences I will immediately back off from that movie like the plague. And of course the opposite is true as well is a movie is highly praised by both parties.

Much like any film, I am not perfect and my opinions will not be like that of others. But this is also why I bring this topic up, to hopefully make people realize that critics are not the godsend final say on any product of film because like us they are people too with their own opinions and tastes. Yes this has been said countless times but sadly it still has to be said countless times more. Those who sheepishly follow a critic’s final word aren’t allowing themselves to make their own opinions come to the spotlight.

So to elaborate, I’m not saying that we should ignore critics perse, but that critics should not label or score films, especially if they have no clue of how to review a certain film or from what angle to tackle it from. I hope for a future for critics that wholeheartedly relies of just the opinions and discussions and not the throwaway use of the equivalency of a school grade.

But of course that’ll never happen, cause I’m just a crazy guy who has no idea what he’s spatting out.

Oh well, hope the read was fun regardless. I just wanted to do something a little bit different than the norm on this website. Until I return with more crazy thoughts…

← Mega Mega Update: Two Twitch Channels, Podcasts Schedules, And More!
Have a Horror Game Itch? Here Are 6 Upcoming Horror Titles To Look Out For In 2019! →