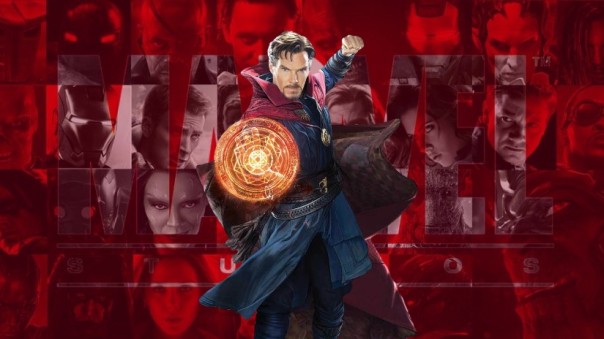 Welcome back! Just four more to go! Next up is the Sorcerer Supreme himself: Doctor Strange! Please feel free to read, and don’t forget the prior posts for this MCU Legacy run!

KNOWN FOR: Stopping the oncoming threat of Dormammu and Kaecilius, being a potential replacement for the Ancient One, being the Stonekeeper of the Time Stone.

Overview/Interpretation: Doctor Steven Strange was a brilliant physician but a rather rude and egotistical man. His whole life changed when he got into a tragic car crash and lost the proper use of his hands. He spent time and money trying to find any physical means of curing his misfortune, but this instead lead to him traveling to Kamar-Taj.

There he met Mordo and the Ancient One who showed him the use of magic and the discovery of alternate dimensions, and despite his inability to comprehend the use of spells and magic to fix his hands he is still desperate enough to try it. Through various lessons he soon learns not only to use his hands again but he also learns many spells and gains magic-induced items such as the sling ring.

This soon all leads to him discovering the time-manipulating capabilities of the Eye of Agamotto, as well as learning the name of Dormammu. And this in return leads to his first confrontation with Kaecilius where questions regarding the truthful nature of the Ancient One are brought about. It is revealed that the Ancient One was using dark magic to maintain her long life, much to the dismay of Mordo, but this was due to staying long enough to make sure things went as planned. An evil for a greater good. But unfortunately she dies from a tragic accident, leaving the Masters of the Mystic Arts without a proper leader.

Eventually Doctor Strange manages to stop both Kaecilius and Dormammu by continuously relapsing time to bargain again and again until Dormammu caved. This ends up upsetting Mordo, who believes that using the Eye of Agamotto upset natural order. He leaves on his own and set course for a more sinister path. Doctor Strange and Wong both become the protectors of the Eye of Agamotto, where it is revealed to be an Infinity Stone that must be guarded by any threats that would want to use it. Doctor Strange then becomes the guardian of the New York Sanctum.

Doctor Strange soon gets involved with protecting earth in many ways, including aiding Thor in finding his father in order to keep Loki off of earth. He is even brought into the crisis of Infinity War, where he becomes an integral character due to being a Stonekeeper. And despite his efforts to protect the stone from the Mad Titan Thanos, he inevitably gave it up to him in order to save Tony Stark’s life. Presumably, this is because of the one chance victory he foresaw among multiple possibilities for the future.

He soon becomes a victim of the Decimation, saying “This was the only way.” as his final words.

My Opinion: Doctor Strange has always been a cool character. Similar to Doctor Fate from the DC comics, but still highly different, he is the sole magic-wielding powerhouse who is both known and popular.

Doctor Strange was always teased to be a potential character down the line since the MCU started, and while we had to wait a long time we’re glad to have been rewarded for our patience. I especially liked how they paired up both he and Tony Stark in Avengers: Infinity War (2018). Both of these characters are egotistical and they both think they are the smartest person in the room. To top it all off they are both stubborn as well, so it makes for great moments of discussion between them.

While he has been Decimated, we already know that a sequel for the character is well on the way and I couldn’t be more excited about it!

Thanks for reading if you did, next up is the surprising  inclusion of the MCU’s version of Spider-man! Until then…