← Top Ideas For Transformers Spin-Off Films!
Geeks In A Dungeon Might Get A Soft Reboot… →

Hello everyone, once again we have to discuss Pokemon Sword and Shield. There are countless theories, leaks, and rumors regarding these games, ranging from the amount of new Pokemon there will be to what the potential enemy factions will be like. But one theory seems to stand above the rest, one that outstandingly would make some sense in all of this. That theory is in regards to the armored evolution rumor, where existing Pokemon receive some type of gimmicky stone/power-up in order to evolve further into a newly armored version of said Pokemon, very similarly to Mega evolutions. While this may seem crazy at first, this post will list all of the reasons why this may very well be factual.

NOTICE: I DID NOT COME UP WITH ANY OF THIS! These theories and ideas come from other people on the internet, this post is merely meant to just present these ideas and give my own minor thoughts on them.

The Trilogy Of “Gimmicks”

Did you know that these more recent games in the core series are considered part of a trilogy of sorts? And did you know it’s essentially of trilogy that introduces new mechanics in each entry? Not include Omega Ruby and Alpha Sapphire (which are just remakes that use the previous game gimmick of X and Y, despite existing in the same universe), this new trilogy includes X/Y, Sun/Moon, and Sword/Shield. You can pretty much include Ultra Sun and Ultra Moon in there as well, since they are arguably the “true” tale that matters most here.

Ever since this spoken trilogy began, the Japanese version titles of these games have always associated the gimmick logo within the titles themselves. For X and Y they showcased the Mega symbol for Mega evolutions, In Sun and Moon they had a Z-crystal in the logos to attribute to Z-moves, and now we have a strange “swirly red and blue pepsi-esque” symbol with the Sword and Shield titles, which as of this post are still very much a mystery.

For those of you who played through Pokemon X or Y, you may have come across a peculiar character, simply named AZ, who proceeds to tell your the history of the Kalos region from three-thousand years prior. Simply put: there was a war that broke out in Kalos where a man’s Pokemon companion, that being a female Floette, was sent to help fight in the conflict, only for this Pokemon to die in the battle. Out of grief, this man created a powerful device that would bring his beloved Pokemon back to life, but it was also used as a weapon in order to destroy both war factions of this conflict. His newly resurrected Pokemon soon left him after realizing what he’d done to bring her back.

Now we obviously discover that this man was AZ himself, and apparently through unknown means he and his befriended Floette stood the test of time. But I’m certain the war itself can be better analyzed.

It’s never exactly mentioned in detail how this supposed war started in the first place. We know it took place on Kalos soil and we know it was brutal (the very idea of a kid-friendly game series such as Pokemon even mentioning death is quite something). But what was the opposing faction that Kalos was fighting? It seems unlikely that it was a sort of civil war since the rest of the game doesn’t really allude to something like that ever happening. No, it seems more likely they were fighting another region altogether.

Originally, this region was thought to have been Kanto. This idea mainly comes from the fact that all the way back in Pokemon Red, Blue and Yellow versions there is actually a brief mention of a supposed “Pokemon War” by Lt. Surge himself when you go to challenge him and his gym. However, it’s also theorized and very much considered that these more recent games are officially part of a new timeline altogether, one that exclusively involves X and Y, Omega Ruby and Alpha Sapphire, Sun and Moon and their sequels, and of course the eventually Sword and Shield games. So this seems very unlikely when you consider that. So what possible region could fight against Kalos?

The theory here is that the Galar region is the actual region to fight against Kalos, which is not only amazing revelation if true but also seems logical due to literal historic facts. You see, Kalos is based after France while the new Galar region is based off of England (UK). These two countries have a long history of fighting each other through and through, basically a classic rivalry. They are both very near one another as well, which we can also assume is the case for the fictional Galar and Kalos regions. This means it’s not entirely outlandish for both these regions to share a similar rivalry and it wouldn’t be too difficult for a Galar army to attack Kalos since the travel presumably wouldn’t be too far.

So now let’s say this is all true, that Galar fought Kalos in the same great war from AZ’s tale. We also know historically in this region that Mega stones were used by Kalos as a means to further power-up their Pokemon to better aid their armies in battle. So it would only make sense that the Galar region would also have some sort of benefit to help their cause, and it seems unlikely that they also used Mega stones to their advantage, so what possible thing could they have used???

The Galar region has many aspects of it where we can see some engineering, gears, and other resemblances which implies that this region is more heavily machine inspired than any other region thus far. And considering that this is based on the UK, a place notoriously known for it’s history with knights and kingdoms, there is bound to be similar history regarding knights in this region as well.

The thing knights are most famous for is going into battle entirely armored up with, get ready for it, swords and shields! the very title of these new games! But what does this have to do with the aforementioned war? Well perhaps the Galar region took inspiration from their knights of valor and went on to finding a way to enhance their own Pokemon of war through means of armored evolution. This also implies that armored evolutions helps to boost defenses and attacks similar to that of Mega evolution which would make them properly on par with their enemies!

Meltan And Melmetal May help Prove This

To help with all this being somewhat credible, consider that the still recently revealed Pokemon Meltan, and its evolution Melmetal, may contribute to this theory a whole lot. Obviously these Pokemon are sentient metallic beings that, from what we are told, can absorb metal into their molten metallic bodies. Also, in order to evolve into Melmetal, at least four-hundred Meltans have to fuse together.

There are many odd things about this Pokemon’s debut. For one, it’s a mythical Pokemon that can evolve which has never been a thing before. And second, because it’s a mythical Pokemon it most certainly has an important story or influence to the overarching tale. Perhaps this Pokemon was the inspiration for armored evolutions, perhaps it even created the very item or gimmick used for such a purpose. 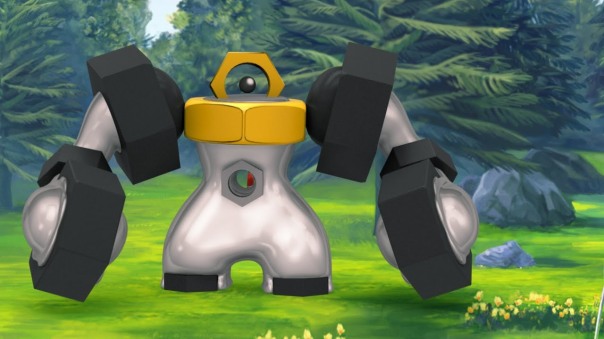 Again, until more answers are given we can’t know for sure what the purpose of Meltan and Melmetal will truly serve.

There Are Many Pokemon Deserving Of Upgrades!

When Mega evolutions became a thing, people were ecstatic to see which of their favorite Pokemon were going to receive this boost of power. While many iconic Pokemon got their due, there were still plenty left out of the fun. Some examples include Dragonite, Flygon, Butterfree, Arcanine, Snorlax, Crobat, other starters besides generation one and three, Wailord, and basically any generation five Pokemon deserving of this that isn’t Audino! Flygon more so since it has since been proven that he was gonna get a Mega, but the design team couldn’t agree on a look or style for the guy. 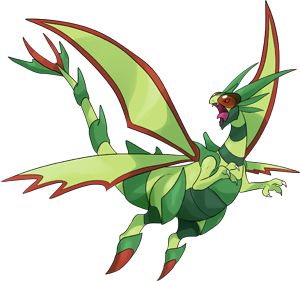 Eventually Alolan forms were a thing too in Sun and Moon, which is previous Pokemon seen as a completely different typing due to influences by living in the Alola region, but this was exclusively to gen one Pokemon and didn’t really boost them in any way similar to Mega evolution. And Z-moves are just… Z-moves.

But now that armored evolution may be a thing, perhaps these other Pokemon will finally get there due, and about time too!

So what do I believe in all this? Well I certainly hope it’s true but I’m not going to hold complete faith into it becoming reality, not until I see more lenience towards its confirmation at least.

I am a sucker for knights and knight-based affiliation, so if any game was going to promote such an inclusion this would be the one for sure. I also don’t necessarily believe it’ll be called armored evolution, although I’m not against such a title, I hope for a more unique title. But again, this is assuming that armored evolution is the way it’s going and it’s not some other weird thing.

Either way I just hope it’s something unique and interesting similar to Mega forms, because honestly I thought Z-moves were pretty disappointing despite how flashy they are, agree to disagree with me if you must.

Thanks for reading if you did! Sorry for any mispells or rambly sentences. Again, I did not come up with any of this. I just thought it was a cool theory and I wanted to share it! Do you believe it’s true? do you not? Please let us know! And thanks again!

← Top Ideas For Transformers Spin-Off Films!
Geeks In A Dungeon Might Get A Soft Reboot… →