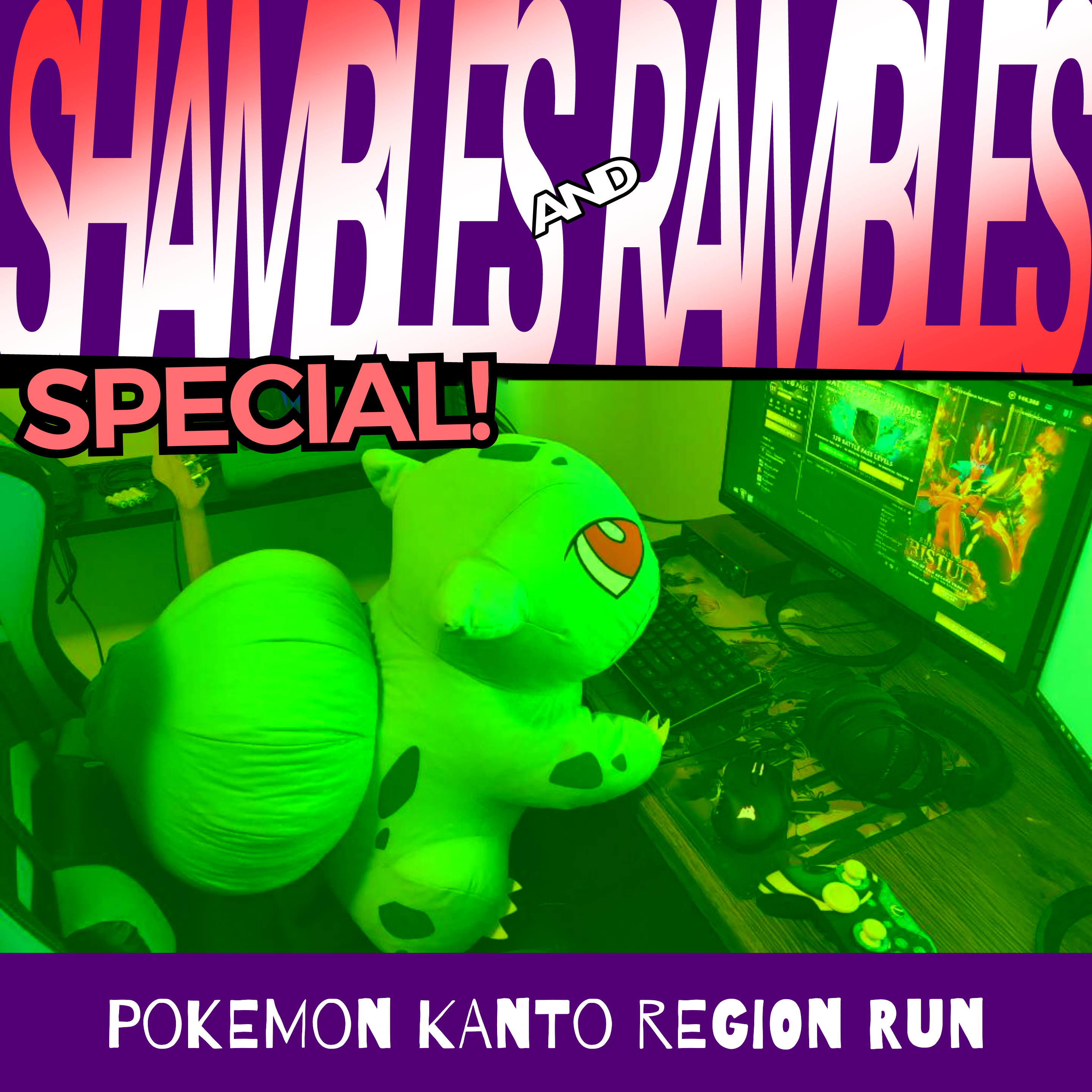 Shambles and Rambles is a series of random topics and discussions each episode about literally anything. These discussions are fun “Tangents that eventually evolve into absolute derails of enjoyment.

This episode is the season finale episode for season one of shamb ramb, this episode will explore our journey through the Kanto region as well as other random moments like exploring the Goofy lore and ranting on Pokemon problems.
You can send in questions and topic ideas to have either answered on an episode or became an actual episode with credit, just send in at shamblesandrambles@gmail.com. (explicit or innapropriate material will not be allowed)