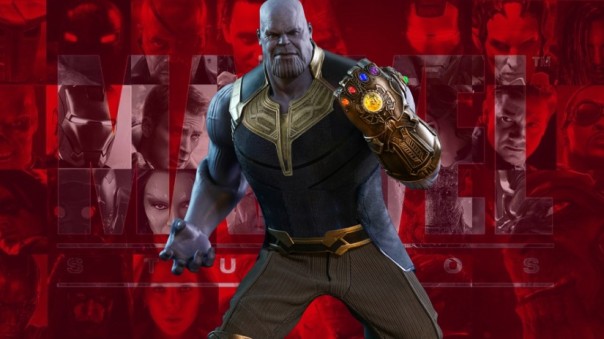 Here we are, the final post in this MCU legacy train! This time we look at possibly the best MCU villain that we will ever see, Thanos! Please read if you want and be sure to read all the other posts relating to this!

POWERS: Superhuman stength, speed, durability, agility and reflexes, healing factor and longevity, genius intellect, master tactician, master combatant and manipulator / with the Infinity Gauntlet he gains unbelievable dominance and has control over space, time, reality and souls as well as energy from the Power Stone and the ability to control and manipulate people through the Mind Stone

KNOWN FOR: Being the infamous Mad Titan genocidal warlord, being the father of Gamora and Nebula, successfully wiping out half of existence in the universe.

Overview/Interpretation: Thanos came from the dead world of Titan. He brought up the possibility of killing off half of their people in a time where resources were dangerously low, he wanted to bring mercy by killing off those at random and rich or poor alike in order to restore balance. This however didn’t fly well with his peers and eventually his home planet and his species were destroyed, disheartening Thanos who knew he could have prevented this.

For many years he grew to become a genocidal warlord with armies of minions at his disposal, traveling to planets with overpopulation in order to wipe out half of them in honor of balancing out the natural order of things. This of course lead to him finding and adopting his own children who would grow up to become his personal generals and assassin’s. This even lead to him finding Gamora, the only person Thanos would come to love and care for out of all his adopted children. He even intended for her to take his place one day to continue his goals.

He has aided and worked with many other villainous individuals throughout the yers in order to gain his ultimate goal, including the likes of Loki and Ronan the Accuser, but he eventually decides to take matters into his own hands and takes himself and the Black Order, his elite generals, to various locations in search of all the Infinity Stones. This would eventually lead him to Xander, where he would obtain the Power Stones and decimate the planet.

He eventually infiltrates a ship that is taking Asgardians to the safety of earth after the destruction of their home world of Asgard. There he and his Black Order battle and defeat Thor, Loki and Heimdall. Thanos even defeats Hulk in hand-to-hand combat within seconds. He successfully obtains the Space Stone but also kills off Heimdall and Loki, angering Thor who vows vengeance.

He then travels on his own to Knowhere and obtains the Reality Stone from the Collector, and even reunites with his daughter Gamora who went there in hopes of stopping her father. He then takes Gamora back with him to his warship where he eventually uses the efforts of torturing her sister, Nebula, in order to gain the location to the Soul Stone. He and Gamora travel to Voromir where they meet the Stonekeeper, aka Red Skull, and discover that the only way to gain the Soul Stone is to make a sacrifice of someone that you love. This leads to Thanos throwing Gamora off the cliff to her death, stating how he cannot ignore his destiny even for her. Thanos awakens in the lake near the cliff where he is successfully holding the Soul Stone.

He then travels to Titan in hopes of meeting his Black Order there with the remaining stones. He is instead attacked by various heroes and is even captured for a time, but unfortunately he breaks free from his captures thanks to Peter Quill’s emotional reaction to learning of Gamora’s fate.

He even nearly kills Tony Stark but is stopped last second by Doctor Strange, who ends up giving him the Time Stone in order to spare Tony’s life.

Thanos then travels to earth in order to gain the final stone. Despite the Efforts of Wanda to blow up Vision and the stone, Thanos reverses time and takes the Mind Stone from Vision’s head while killing him again in the process. Thanos successfully obtains all six stones but is quickly hit in the chest by Thor’s new weapon, StormBreaker. Thor then gloats about getting his revenge like he promised, but Thanos acknowledges the fact that he missed his head and successfully snaps his fingers.

Thanos awakes in an odd visionary world, presumably within the realm of the Soul Stone, where he meets a younger Gamora. He explains to her how he succeeded but had to lose everything in order to do so.

Thanos then returns back to where he was and escapes to an unknown location. Thanos successfully wipes out half of all life in the universe through the actions known as the Decimation. We last see him smiling to a sunset for a job well done.

My Opinion: When it comes to building up major villains, it has never been as big as it was for this guy. We have seen countless times when major villains are built up over the course of films before they finally show up and do some carnage, the Emperor from the original trilogy comes to mind, but the wait for Thanos also had the added affect of discovering all the Infinity Stones alongside the waiting, making his arrival all the more exciting.

There were many people who were afraid that all this waiting would not be worth it, that Thanos would become a disappointment as a major villain. But thankfully Thanos was a huge success thanks to how his character was handled by Marvel, the filmmakers, and even actor Josh Brolin. Thanos now deserves to be on a similar pedestal to the likes of Darth Vader, Sauron and Voldemort for how menacing and complex the character is. It is so exciting still to see that what the Marvel Cinematic Universe has been building up to all these years has actually paid off! And I am so glad that I paid attention to the whole thing ever since it started with Iron Man (2008).

Thanos was easily the best part of Infinity War, and he should be the best part of Endgame as well. Will he be defeated for good? Will he die? Or will something else unexpected happen? By the time that this goes up Avengers: Endgame will have basically hit theaters, so we’ll finally get to know what happens…

Thanks for reading! Until then…