Hello everyone! It has, unsurprisingly, been a while yet again.

Well to celebrate the release of SOLO: A Star Wars Story (which any fan should definitely check out!), I figured it would be plausible to finally make a post that has been on the back burner of my mind since before episode eight even came out.

Obviously this post regards to the anthology films, which are canonical films in the saga that act as “in-between” tales to fill in the gaps between the episodic films that normally jump ahead in the timeline between films. To put it more simple, the main films regard the “Skywalker” storyline while the spin off films tell other random tales that usually contribute to the main overarching “Skywalker” tale.

But besides Rogue One, Solo, and the possible Kenobi, Yoda and Boba Fett films heading our way, what else could they do? There is certainly many stories that can be thrown aboard the silver screen, but which ones would we actually want to see? Well I certainly have some hopes for what they can do. While my ideas may seem odd or unlikely, keep in mind that it is highly possible of Lucasfilm to throw virtually anything at us especially since the latest Solo film proved that any unexpected thing can actually happen now (those who saw the film know what I mean).

I have thought up of five ideas that I would really, really want to see in the future of Star Wars, please have a look and feel free to comment or whatever.

WARNING!!! – SPOILERS FOR BOTH “SOLO” AND “THE LAST JEDI” AS WELL AS THE ANIMATED SHOWS, YOU HAVE BEEN WARNED!!!

ALSO!!! – I DO NOT OWN THESE IMAGES! THEY BELONG TO THEIR RIGHTFUL OWNERS AND CREATORS! THESE MOCK POSTERS ARE JUST FOR FUN!!! 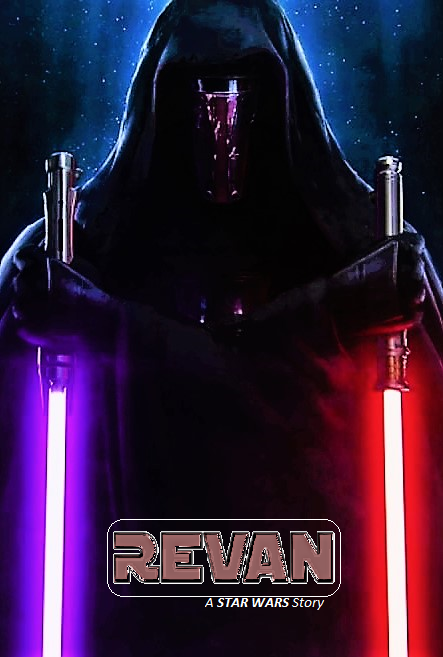 Timeline: Before “Episode I: The Phantom Menace”

_ Let us start with the most wild of ideas. Darth Revan is among my most favorite characters from the legends canon, this is easily apparent from my previous Star Wars posts. If there was any character that has both the right to become actual canon and the biggest demand, it would be Revan. And what better way to have this happen than to give him his own film?

Not only would it be cool to have this canonical to the timeline, but they can also throw major curve balls at the fans since, honestly, the new canon is allowed to change stories and origins around from previous knowledge. Perhaps they will do something crazy like having Revan become some sort of distant relative to the Skywalkers? Or maybe they reveal how the “Revanites” were actually involved with everything in canon from the start? We could also see some crazy connections to the the later films in the timeline, like younger versions of Darth Plagueis and Master Yoda…

Again, the most wild of ideas but one that my little fandom head can enjoy. 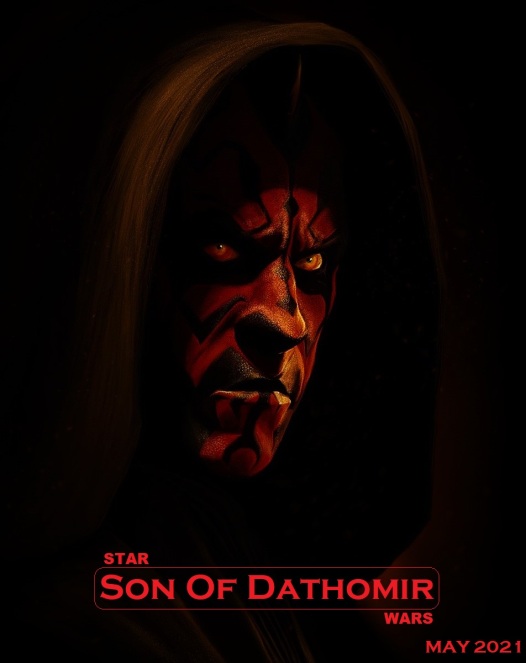 Timeline: between “Episode II: Attack of the Clones” and “Episode III: Revenge of the Sith”, possibly even overlapping the films a bit.

_ For anyone who watched the recent Solo movie, easily the most shocking and coolest moment in the whole film was seeing an older Darth Maul. While any hardcore fans are very aware that this character is alive and well during these years, many other casual moviegoers are very likely confused and will probably want to get more context.

Sure they could just look up the story arch’s from both Clone Wars and Rebels, but perhaps making a movie explaining it would be better! I’ve always thought that the stories in clone wars regarding Maul were too good for just a television show, even if it was wonderfully shown in the series. If they wanted to re-show the story of his return, while maybe kind of pulling a retcon on the previous show, I would happily agree with that decision.

Perhaps it can even be a trilogy of spin off films, the first explaining his return (as well as introducing the concept of “Savage Opress” and the night sisters), then the second about his rise to power over various crime syndicates as well as Mandalore, then the third heading into Rebels territory where he finally meets his demise with Obi-Wan (Ben) Kenobi in their final confrontation. Timeline: during “Episode III: Revenge of the Sith”, even after Episode III

_ Similar to my thoughts for a Darth Maul film, while the franchise is recently focusing on the goings on between episodes III and IV which is all good and fun, I would want them to also go back to other moments within the timeline if only to help flesh out particular moments or revelations.

One of my favorite aspects of the Clone Wars show is the clones themselves. Despite looking similar to one another the show went out of their way to make sure each clone character was unique both in style and personality which certainly helped to make these troopers seem much more than drones for combat. A movie exclusively about the clones would be incredible and it would also add depth and more meaning to a major war within the saga.

Republic Commando would be a cool title both as a reference to the video game of the same name as well as an indication of how brutal and gritty this film will go. I want this film to make you feel terrified for the characters as they go into battle, and I want the emotional impact of order 66 to truly sink in. Yes, I want them to show the chips implanted into the clones and I want them to show how some did not turn upon the order execution. And I want a huge epic clone vs clone battle on Kamino!

Maybe the title is too much of a stretch, but I do believe that a clone-based film needs to happen one way or another. 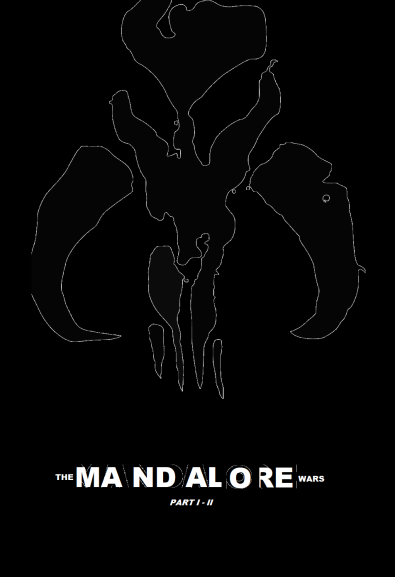 “The MANDALORE Wars” (parts I and II)

Timeline: Waaay before “Episode I: The Phantom Menace”

_ Mandalore has always been a place known throughout Star Wars history, and is even where our favorite bounty hunter got his armor from (well technically from his dad, who got the armor from Mandalore so it still counts). But what does this place mean to the typical moviegoer? absolutely nothing! So let us give them a reason to care!

The Mandalorian wars, which is currently legends, was a long sixteen-year conflict between both the Mandalorian people and the old Galactic Republic. And while it is currently not canon, there is significant hints towards it being completely canon within the Clone Wars show with explanations of how the Dutchess made Mandalore a pacifist planet due to many years of fighting. I believe there is potential for an anthology film here, even one that seems more like a documentary of sorts albeit more action packed. Perhaps they can even show how the Mandalorian Tarre Vizsla, the first of his kind to join the Jedi order, created the infamous Darksaber, thus giving us an origin for that weapon.

Also like the legends tale, the Mandalorians should be led by Mandalore the Ultimate who could also get a physical change in terms of armor and weapons. And seeing other old republic era characters like Revan and Malak would also be a nice touch.

Another stretch, but hey there’s no fault in hoping… 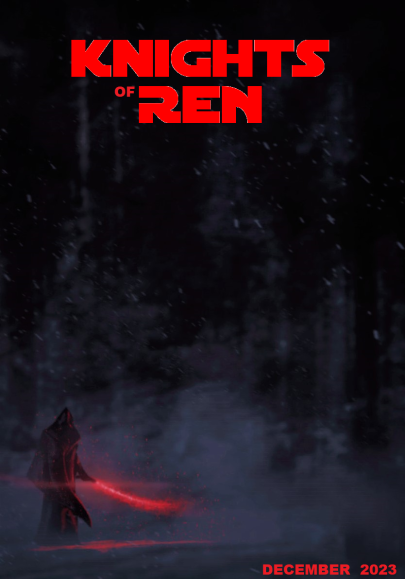 _ Don’t worry! Not all of my ideas are plainly rooted in before or during prequel era! In fact this might be the one idea that I’ve been thinking about the most.

One of the most mysterious in-between sections of the main films is the thirty or so years between Return of the Jedi and the Force Awakens. The only thing even more mysterious than that would be both Snoke and the Knights of Ren. While we now know where Kylo Ren originates, we still have a lot of questions regarding the other members as well as the lore of the mysterious supreme leader.

It is highly likely that the other knights will show up in the ninth entry, there is no way Kylo can obtain absolute control over all factions of the first order without some help. I’m also sure they will all be questioning his leadership, as well as whether or not he’s telling the truth about Snoke’s demise. And while that will almost certainly be the case, it would still be nice to have an pseudo-origin film regarding the beginnings of the knighthood.

This film would take place directly after Kylo and the others abandon Luke after killing his other students and destroying his newly formed Jedi order. It would show us the transition the various characters had to go through to become dark side users and perhaps the actual revelations regarding Snoke will finally unveil.

If not shown in the next film, I would hope that a spin off would do so down the line. Of all the various thoughts and ideas I’ve had on this list, this is the most intriguing. Agree? Or Agree to disagree? 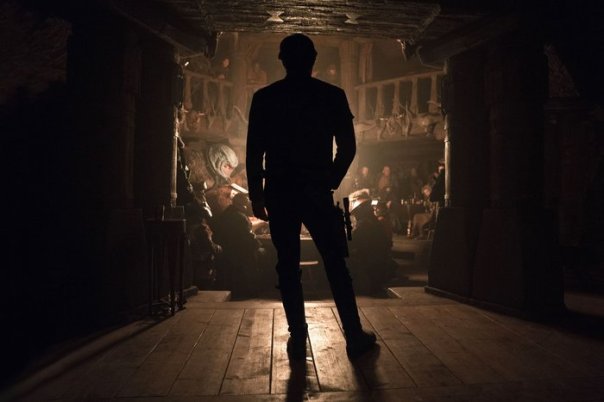 Thank you for reading if you did so, and I hope everyone liked the new Solo film. It wasn’t the best film in the series, but it was still a ton of fun!

This was just a ridiculous post of ideas I’ve had, but what other ideas do people have???