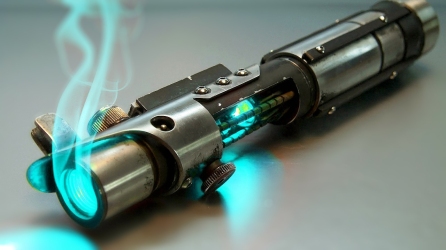 Welcome to the first of, hopefully, many Star Wars posts in the coming days. Today we will be looking at which Lightsaber types are the coolest as well as which characters have the coolest version of these types. Of course this will all be canon stuff in this particular post, but I will acknowledge the legends lore as well, and I’ll try to give as much in-universe history about them as possible, as well as some personal stories and opinions. Also, probably be wary of spoilers for the television shows such as Clone Wars and Rebels since I do mention these shows quite a bit among other things. 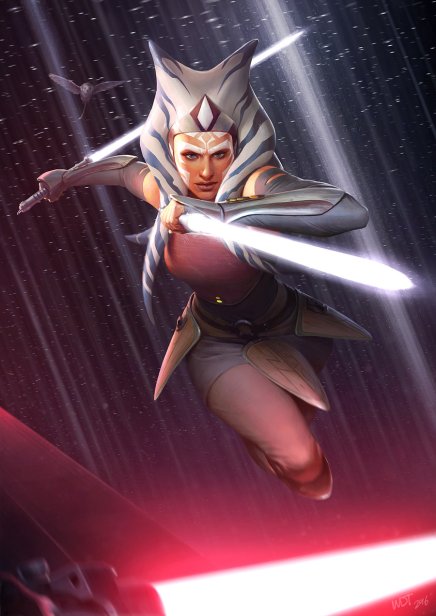 Shoto lightsabers have always been a type within the Star Wars universe before it was split into both the canon and legends lore. And while the presence of Shoto sabers are prevalent within canon, it’s unclear whether or not the name of the type actually is. To put it simply, these types of lightsabers were for those who were shorter in stature and thus required a shorter in length lightsaber to appropriately fit their needs. They were also used for combatants who modernly use two lightsabers, like Ahsoka does. During the Clone Wars, Ahsoka used a Yellow-Green colored Shoto saber alongside her normal hilt Green Lightsaber. This combination of a standard and shorter saber helped with her off-hand during her twin-bladed technique in combat. Later during the time of Star Wars Rebels, and long after her leave of the Jedi order, she returned with two pure White Shoto sabers which basically helped to concrete the fact that she is now considered a “Gray Jedi”. The only other known or necessary character that had a Shoto saber was obviously Master Yoda himself, and while his saber was also cool it’s hard to pick that one over the three different and uniquely colored Lightsabers that Ahsoka obtains throughout her years. 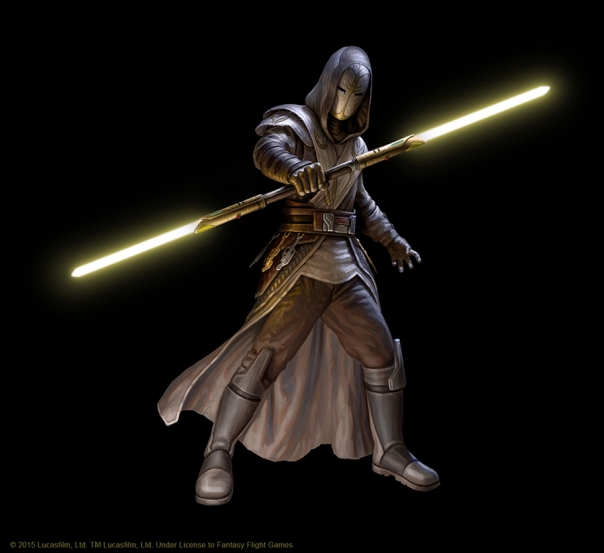 For whatever reason, the physical appearance and labeling of what a Lightsaber Pike actually is greatly differs between the legends and canon timelines. In legends, the Lightsaber pike was a long staff-like weapon that ignited a saber on the top end which helped the user gain reach and distance in combat. This version of the Pike was seen most memorably in games such as Star Wars: The Old Republic and even by the Royal Shadow Guards in Star War: The Force Unleashed. It’s also worth mentioning that a Sith version of this was originally going to be seen in the Clone Wars shows final episode of season six (as a weapon of Darth Bane’s, the creator of “the rule of two”) but was unfortunately not used in the final cut of that final episode. The now canon version makes in more or less similarly to the Double-Bladed Lightsaber, with the only real difference being that the staff part is longer and more staff-like (and can apparently fold as well) and the blades are both smaller but thicker. These versions are also acknowledged for their Yellow colored sabers, making them the only known pure Yellow colored Lightsabers in official canon. These sabers were exclusively used by the Jedi Temple Guards, big and intimidating guards that protected the Jedi Temple on Coruscant. One of these nameless guards was revealed to the Grand Inquisitor before his switch of allegiance to the Empire. 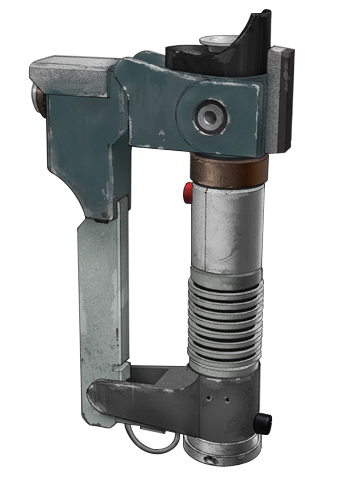 Now personally I do not find the Star Wars Rebels animated show that interesting, especially being a sequel series to the Clone Wars show before it. I find a lot of the newly introduced characters, albeit some really cool ones, entirely pointless and only the episodes that return back to either Clone Wars themes or unfinished story bits are the most interesting to me. I also think that the show’s animation and style look like a cheaper version of the Clone Wars style, which was also usually weird to begin with so making it look cheaper isn’t doing any justice. However when it comes to new vehicles, weapons and droids/aliens this show does that pretty darn well. Two new types of Lightsabers are also introduced, one being the Double-Bladed Spinning Lightsabers used by the Inquisitors and the other being the main character’s Lightsaber Pistol. This is basically a saber that acts both as a melee weapon and a blaster. This version helped during a time where the traditional weapon of a Jedi had to be concealed in plain sight from the forces of the Empire, something that the character of Ezra certainly knew about thus making this type of saber was a sound idea. It is a basic reason to put it on this list but the idea of a weapon combo like this is really cool.

So I was around the age of Six or Seven when Star Wars: The Phantom Menace came out in theaters, and surprisingly I can remember some of the hype surrounding the release of this film. Now we know has much of a disappointment this ended up being for a majority of the fans and audiences who were older fans of the Original trilogy, but when you’re a young kid these comparisons and worry about cinematography or acting and plot meant diddly squat to us, we just wanted to see Jedi’s battling Sith. And when it comes to both Master Qui-Gon Jinn and Obi-Wan Kenobi versus Darth Maul, arguably the best and only important part of this film, it certainly did not disappoint the younger version of me. Part of what made this moment great was seeing Darth Maul ignite both sides of his Double-Bladed Lightsaber for the first time. I remember this basically blowing everyone away about the very idea of this, and since then this type of saber has been a huge fan favorite among the entirety of the Star Wars Fandom. Also referred to by the name Saberstaff, this was a version of saber that could ignite two sabers on both ends of a longer hilt Lightsaber, this both introduced a new look as well as the introduction to new fighting styles. Obviously Darth Maul is famous for having this type of saber, which was a Red colored variant, but other characters include Savage Opress (who is actually Darth Maul’s brother), Asajj Ventress (who had two specialty hilt sabers that could conjoin), and Jedi Master Pong Krell (who had two Double-Bladed sabers, one Green and one Blue, which could also fold up). There were also many other characters in Legends who have used this type of Lightsaber such as Satele/Bastila Shan, Shado Vao and Exar Kun. Other version are basically variants of this type, including Pikes and Spinning sabers.

Similar to the bewildering bafflement of Maul’s Lightsaber type reveal, the reveal of Kylo Ren’s Crossguard Lightsaber was also as shocking to the fans. However this time the extreme reactions were much more… extreme, with fans even going so far as to call this design the worst of the Lightsabers. Now I could go on a rant about how these “fans” are wrong and subject myself into becoming target practice for these agressive so-called “fans”, but how about we instead look at what exactly this type of Lightsaber is. The Crossguard is said to be an ancient version of a Lightsaber where it emits three blades, the main blade and two raw power vents (otherwise known as “quillons”), These quillons also emitted a shroud to protect the wielder’s hands from harm. This was a design that helped share the power of the inner crystal between the blade and the vents. The version that Kylo Ren creates is even further unique in that it obtains a cracked kyber crystal, making it very unstable. The only other version of this type was briefly seen in the Star Wars Rebels show where the character stumbles upon an abandoned Green Crossguard saber on the Planet Malachor. Not many characters were known to own this style of Lightsaber, even in legends, but three other characters are worth noting. Roblio Darté was a Jedi General during the Clone Wars that had a unique Blue Crossguard which only had one quillon vent instead of two, a Chiss Jedi Master named Dazh Ranos who used two Blue Crossguards during the revolt against the Eternal Empire, and an unamed Gran species Jedi who again used a Blue Crossguard saber.

Thank You for reading, what are your favorite Lightsaber types? Let us know!