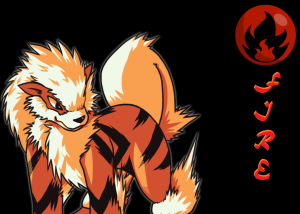 Hey remember when I did these way back when? like in February or something?

I feel like I should apologize for my long hiatus on these top 6’s. Besides getting busy with Art projects and my job, My interests started to move away from Pokemon due to the lack of news then. However, with all the new announcements as of recent, I am now going to try and get back on board!

So this summer was quite hot. Working ten hour shifts a day outside would make anyone flip the bird towards the direction of the large glowing orb in the sky. But then again, unironically, I really do love fire type Pokemon. There always seems to be so few great ones, but the ones that are great as most likely beyond incredible. So since I ended on a literal cold note with ice types, I will now be coming back with a flaming passion in the form our our top 6 Fire Pokemon!

1. our “type” top 6’s will NOT include any starters or legendaries. This is due to those specific Pokemon being obvious choices, we will use them for certain top 6’s in the future

2. this list will mostly go by personal favorites either by childhood nostalgia or from which ones we liked from the games. However some stats, abilities, etc. could be mentioned here or there.

3. This list is a bit PERSONAL to either the post writer or all of GeekBeerz,do not be in any way mad if your favorite didn’t make the list or whatever. In short: Don’t overreact bro, this is just for fun!

4. This list isn’t in any “best or worst” lineup, and one isn’t necessarily better or worse over another, they are all equally fair in these lists 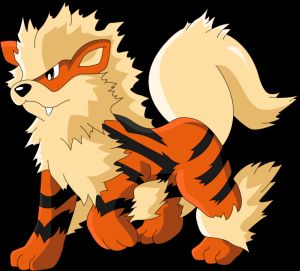 He was on the front image of the Post so… yeah kinda obvious.

Arcanine is the one Pokemon that every other Pokemon should look up to. So majestic, passionate, graceful and wise. Arcanine was the only animal in existence that decided to be a Wolf, Tiger, and Lion at the same freaking time! But is anybody going to tell him that’s too extreme? Hell no! He is literally living extremity!

It is said that Arcanine can 6,200 miles in a 24 hour time limit due to his flight-like speed. He apparently keeps his huge source of power within him, blazing and burning like mad.

If there was one Pokemon that really deserves a mega, it would certainly be this bad boy!

If you don’t love foxes leave!

Ninetales is quite the interesting Pokemon. Aside from its name being a specific description of the creatures anatomy, there is some story description behind it that makes it seem like a secondary typing that it’s not.

Nintales is known as the vengeful Pokemon, submitting about a curse upon those who mistreat it. it is also apparently intelligent enough to understand human speech. This makes Ninetales sound like it is also part Psychic type, however Ninetales is actually nothing more than a pure fire fox.

So perhaps Ninetales will have a Fire/Psychic mega soon? well then again we already have that in the form of Delphox so what else? Ehh guess it does have a 1,000 year lifespan to figure that out.

We really enjoy it when Gamefreak takes an animal and basically turns it into an element that it more than likely would never be. Well Torkoal is no exception from this.

He is another pure fire type that never really seems to get that much credit. In all honesty the design is actual very unique while still seeming like an homage. And having the word “koal” in the name is actually more than just a weird name pun.

I personally had one back in Emerald version that helped me greatly get through to the elite four. Seeing as how I picked a grass starter in the game, I was quite desperate to have at least one fire type on my team. I’m glad that I managed to have this cool fool appear for the taking. 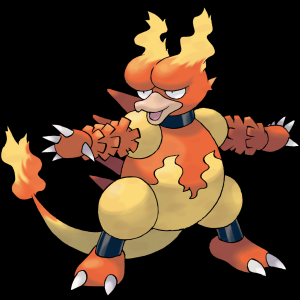 The original “butt-head” in Pokemon.

I love when stupid Gen-whiners complain about non-animal looking Pokemon when Generation one had possibly some of the strangest looking Pokemon in existence, just like Magmar here.

So is this thing a dragon duck? some sort of mutated lizard with a bill? All we know is that this thing is a site to behold, and boy do we love it so. We can’t really say too much about it’s evolution chain though. Magmortar is awkwardly chubby and his lack of hands is weird, and baby Magby is only passable and just sort of cute.

Apparently this guy is super hot, not in a sexually arousing way though (unless you’re into butt-headed people) but by an incredible temperature sense. Also, he heals his wounds by dipping them in lava!

The Phoenix bird you always wanted.

Do I really have to say anything?

Talon flame is a gorgeous newcomer from the sort-of-still-recent Pokemon X and Pokemon Y games. He was basically a poster character for advertising the games, or at least one of them. Well the games came out and we were absolutely not disappointed.

It is incredibly fast and showers embers on its foe. It can learn insane moves like Flame Charge and Brave Bird. This bird can easily become an extreme powerhouse much like Pidgeot.

If you ever wanted a Pidgeot that was constantly on fire, then look no further!

Originally it was a tough choice of which fire dog Pokemon was the coolest, Arcanine or Houndoom, because honestly both are pretty freaking cool. In the end we just couldn’t decide and put them both on the list.

Houndoom is basically normal dog if it sold its soul to the devil and gained dark elemental powers from it. he has a really cool dog design with the added horns and braclets and back rib things. Even the colors are just perfect, black and red orange with silver accents? freaking awesome! It’s again one of this simple designs, like Ninetales, but just the little things add so much more to it without needing to be over designed.

Its mega form is even better. Sure it didn’t become the three headed hell hound like most people wanted but it still looks amazing with the spikes and all that. The game tells us this mega is due to stones, but we’re pretty sure this is what happens when a Houndoom eats the devil himself.

These of course were just our top 6 choices, what are yours? I hope to start doing these more and more soon. I do enjoy them I just don’t have the time like I used. do not freight, I will eventually be going through all the types as well as some other interesting ideas.

Until the next top countdown…