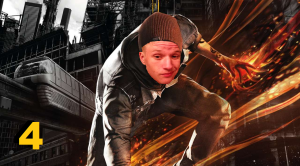 Taylor Games Or Die is the new series by Taylor Bergstrom, it is not only a way to entertain you guys and make fun youtube videos, but it’s also a way for Taylor to expand his play history and get invested into games which, on his own, he would never play regularly.

There is currently two episodes online, which you can find either HERE   or  HERE

Anyways, here are the currently next planned episodes:

Do you have any other ideas for future games to play? Whether old or new? Please let us know!