Three teasers for videos in 2014

Here is a few teaser images for what we have in store for the new year. Of course we had to use Taylor to help out with these “teasers” 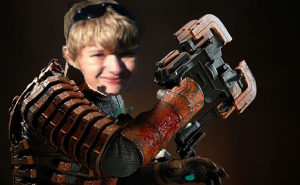 I cannot confirm or say when these specific videos will show up on our youtube channel. Taylor will be back to play the two single player games but Battlefield 3 will be our first online Co-op playthrough, where you all get to see me and Geoff act like idiots (well, mostly me) as we fight waves and waves of enemies.

The Slender game will actually be the sequel entry “Slender: the Arrival” when it launches on the Playstation 3 in the coming months. Taylor, to our knowledge, has never actually played a Slender man game before! of course he knows of Slender man and the many games/mods associated with it, but the closest he has ever gotten was a free download of the original game that failed to download. Plus he probably has never seen what the arrival sequel has in store, which will be great when we get to see his first reactions on video!

Posted on January 11, 2014, in GeekBeerz. Bookmark the permalink. Leave a comment.